In Ukraine the teaser for the movie "Djeria. And tomorrow will be freedom" was filmed 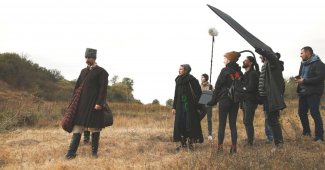 From September 24 to September 28, a team of filmmakers filmed a commercial for a project implemented with the support of the Ukrainian Cultural Fund: a creation of a literary script for the feature film "Djeria". The main location is the village of Stebliv and its suburbs, in particular the river Samovilka. It is the landscapes of these places that are described in the story of Mykola Jerya by Ivan Nechuy-Levitsky.