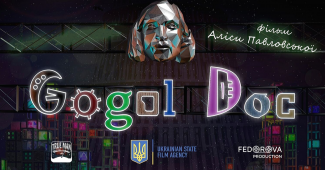 The winner of the nomination "The Best Documentary" of the 10th International Filmmaker Festival of New York (2019), the documentary "Gogol Doc" will take part in the competition program of the 4th RIFF "Dream City".

"Gogol Doc" is a metaphorical construction of the Tower of Babel, symbolizing the union of men for a united global dream. It is a dream to open and organize in Kiev the 10th GOGOLFEST Art Festival, which is practically not supported by the state financially…

"Gogol Doc" tells how art is born, shows the behind-the-scenes life of theater. The film also depicts a crisis of creativity...

Everyone is involved in the creation, and the purpose of this film is to inspire people to realize themselves in the arts.

And today Ukraine is a great country for such self-realization.